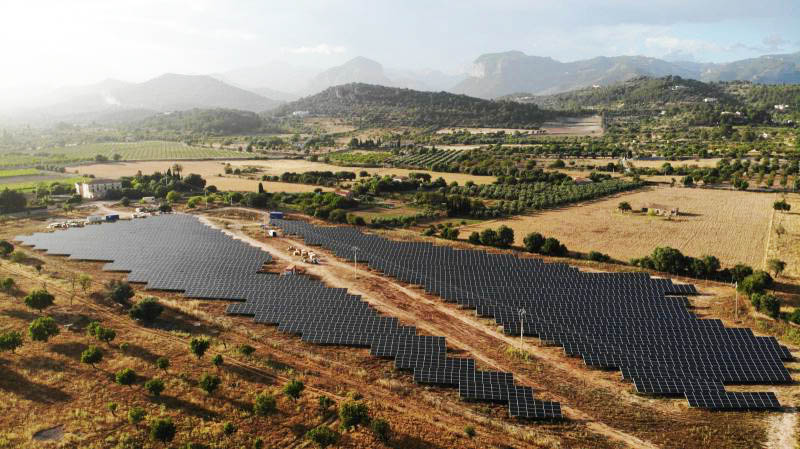 Son Corcó, situated in Consell (Baleares), has a power of 2,4 MW. Photo: Government of the Balearic Islands

In Consell, Mallorca a new photovoltaic park ‘Son Corcó’ has started its experimental commissioning tests this week. It is a photovoltaic installation that occupies an area of ​​almost three hectares and that will generate a power of 2.4 MW. It is the first park to be launched in the Balearic Islands since 2011, when the state government suspended aid for solar energy.

In addition, it is also the first installation that comes into operation of the 55 photovoltaic solar energy projects that the Government has planned to be built in the next two years.

Currently, the Balearic Islands have a total of 38 photovoltaic parks, to which the Son Corcó park will be added when the testing period ends. Of these, 35 are in Mallorca, two in Menorca and one in Formentera. Ibiza still doesn’t have any…

Combining Farming With Solar 186% More Efficient In Summer Of 2018